Spotlight on Lighting: Lamps Plus A friend of mine was recently interested in upgrading his pendant lighting in his rental, a dining room area that needed better quality of lighting. He was intrigued with the idea of a drum shade pendant. Thanks to my friends at Lamps Plus, they were able to help out with just the right fixture. Given a few options, he chose the Possini Euro Drum Pendant in white. The 20″ diameter size was perfect for his round dining table and the white shade provides added clear white lighting that the space needs. The same fixture also comes in a bronze color. The best part? The pendant was an easy DIY install that he was able to change out and install without an electrician. A little modifying of the cord length and it works perfect for his space!

Thank you to Lamps Plus! Lauren Conrad’s chic and colorful Beverly Hills penthouse was recently featured in InStyle magazine. Pictured above Lauren sits in her home office on a punchy orange tufted sofa and an area rug seen on the floor made from recycled silk saris. Continuing with puncy colors is a custom rounded banquette in her breakfast nook complemented by an Eero Saarinen table. Her high ceiling living room with graphics and a black and white theme is remiscent of an airy New York loft, which she wanted the room to have a feel for. To add visual interest to the living room, she added moulding and brick veneer, then had it white washed to look more aged! The dining room table and chairs are vintage complemented by a contemporary light fixture. A classic looking kitchen in all white with open shelves for stacking white dishes. And the grand finale! Her dressing room closet: A full walk-in wardrobe.

All images via InStyle {from the September/October issue of Lonny Magazine}

It seems I am always and forever suggesting banquettes to clients for their eat-in kitchens, breakfast rooms, or dining rooms. Banquettes are often a great use of space, they provide maximum seating in the most compact areas and can double as storage too. Most often, they are practical and functional (and even offer a cozier place to sit and read a book or work on a laptop). I currently have a client building one for her new house, in the open flow kitchen / breakfast room and recently completed one for a client’s kitchen that has a very small breakfast nook. Over time, I have collected images of beautiful banquettes for inspiration! 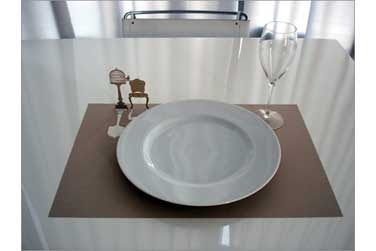 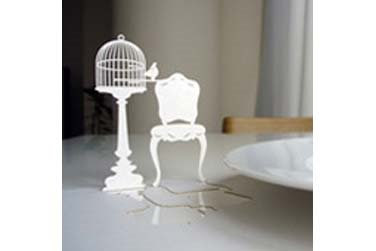 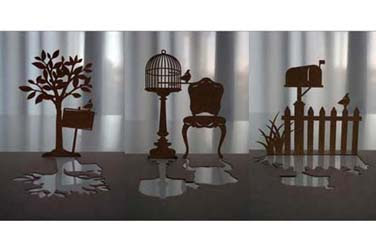 Paper pop-up placemats? So cute! Decorating your table with these adorable placemats from Delight will surely add some fun to any breakfast room or kitchen counter. The placemats are made from 100% recycled paper, they are available in natural and white, and are 19″ x 13.” Cute AND fun!