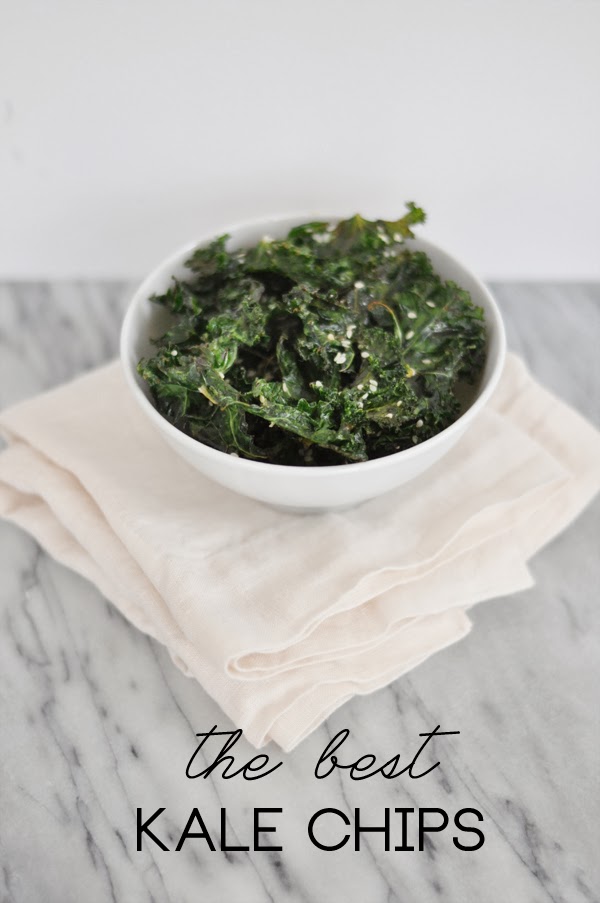 Thanks to Gwyneth Paltrow the kale “chip” craze has been around for a while. I’ve tried making them a few times — usually with sub-par results. Over cooked (or burnt) and lack luster flavor. With the start of the new year and healthy eating I decided to give them another shot last week. The trick is all about timing + coming up with a flavor you like! I decided to give these an Asian twist by using a mixture of sesame oil, soy sauce and olive oil and then topped them with sesame seeds. They were so good, Austin and I devoured them within minutes. I will say they are the most crisp when eaten fresh and tend to get a little soggy even a few hours later. 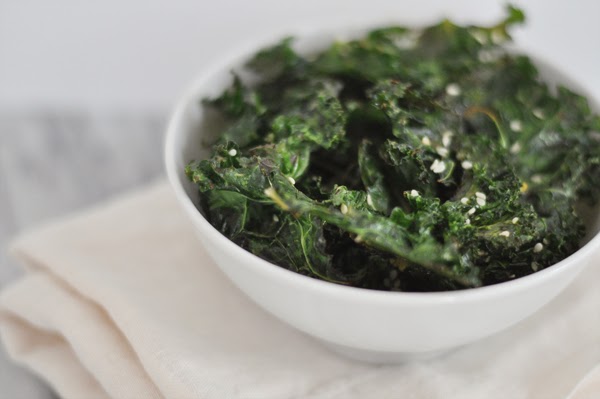 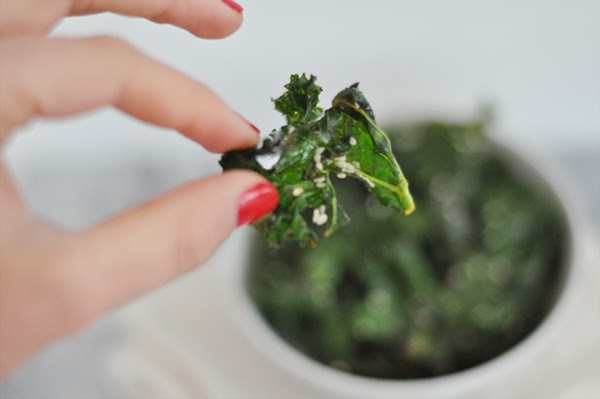 1. Pre-heat oven to 350 degrees.
2. In a small bowl mix equal portions of olive oil, sesame oil and soy sauce (I went with 1/2 tbs of each).
3. Toss kale with your mixture in a mixing bowl, making sure to coat all of the kale equally.
4. Lay the kale leaves on a cookie sheet (I used a Silipat and really think this helps in crisping) making sure not to overlap them.
5. Bake for 8-10 minutes, checking frequently as they go from crisp to burnt in a matter of seconds!!